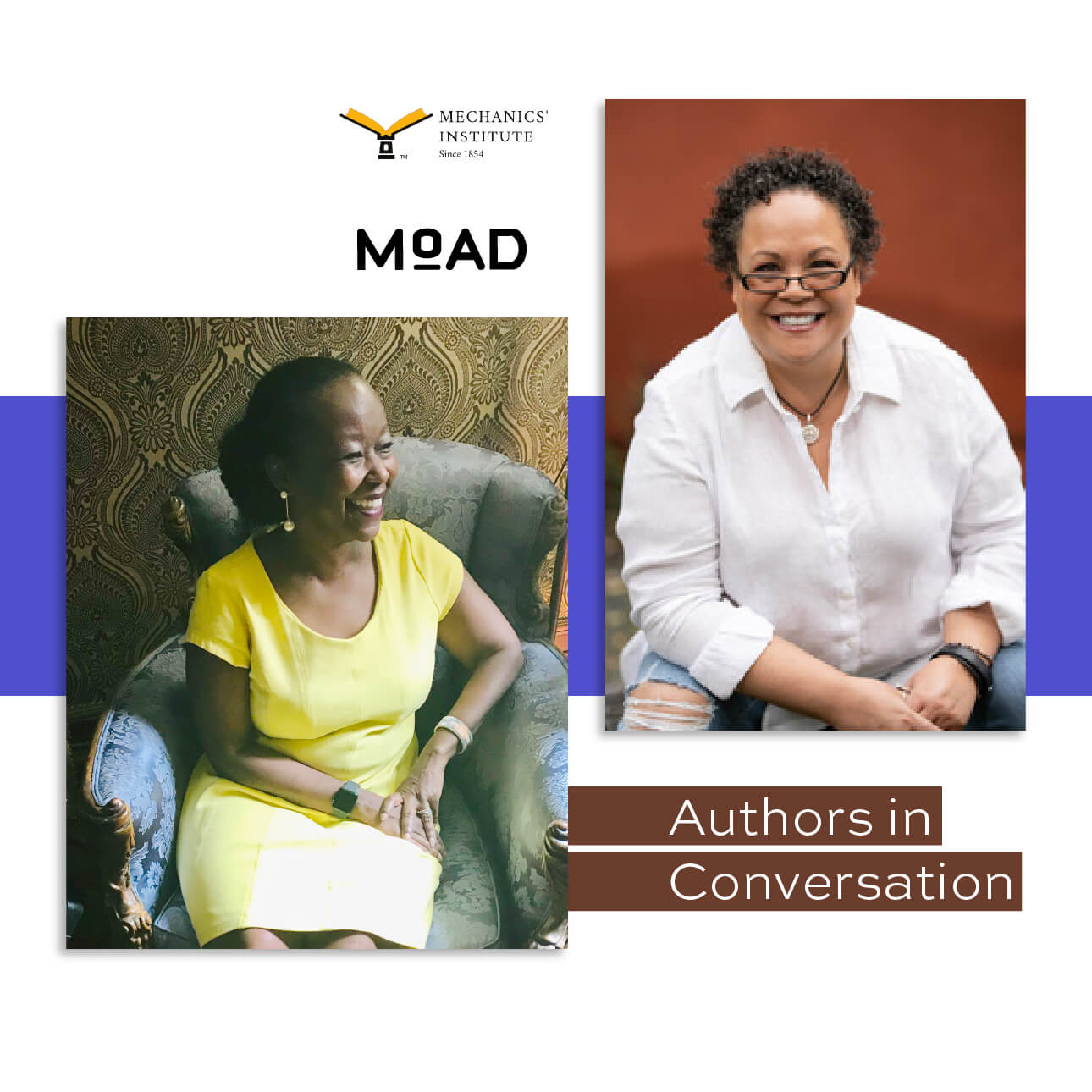 Join MoAD and the Mechanics’ Institute in presenting Authors in Conversation | Read Until You Understand: The Profound Wisdom of Black Life and Literature by Farah Jasmine Griffin in Conversation with Julie Lythcott-Haims.

Register for the virtual program through the Mechanics’ Institute website. Members of MI and MoAD Free; Public sliding scale $5-10

An an elegant blending of memoir and close readings of a wide range of works, including novels, poems, speeches, music, and art, Griffin makes connections across genres, throughout the centuries, expanding the readers experience of the words to touch on themes that are central to the human experience: mercy and justice, rage and democracy, love and death, grief and beauty. Through Griffin’s analysis, readers are struck by this immense gift and grace of African American literature which finds beauty in resistance and insists on creation in the face of annihilation.

Read Until You Understand is a testament to the power of African American art and the transcendence of the Black experience in defiance of a culture of white supremacy that attempts again and again and again to silence voices and shackle bodies. It is an urgent invitation to readers to “rethink their notion of what the United States is and their place within it and within the world.”

“This wise and powerful memoir is a masterpiece. Griffin beautifully weaves her profound devotion to the life of the mind with her deep and abiding love of Black people and culture. Her magical words enchant and empower us like those of her towering heroes—Toni Morrison, Billie Holiday, James Baldwin, and Wilhelmina Griffin!” —Cornel West

Farah Jasmine Griffin was the inaugural chair of the African American and African Diaspora Studies Department at Columbia University, where she is also William B. Ransford Professor of English and Comparative Literature. She is the author of numerous books and the recipient of a 2021 Guggenheim Fellowship. She lives in New York. (Photo by Peggy Dillard Toone)

Julie Lythcott-Haims is the New York Times bestselling author of How to Raise an Adult which gave rise to a popular TED Talk. Her second book is the critically-acclaimed and award-winning prose poetry memoir Real American, which illustrates her experience as a Black and biracial person in white spaces. Her third book, Your Turn: How to Be an Adult, has been called a “groundbreakingly frank” guide to adulthood. Julie holds degrees from Stanford, Harvard Law, and California College of the Arts. She currently serves on the boards of Common Sense Media, Black Women’s Health Imperative, Narrative Magazine, and on the Board of Trustees at California College of the Arts. She serves on the advisory boards of LeanIn.Org, Parents Magazine and Baldwin For the Arts. She lives in the San Francisco Bay Area with her partner of over thirty years, their itinerant young adults, and her mother.