THE QUEEN OF BASKETBALL with Director Ben Proudfoot 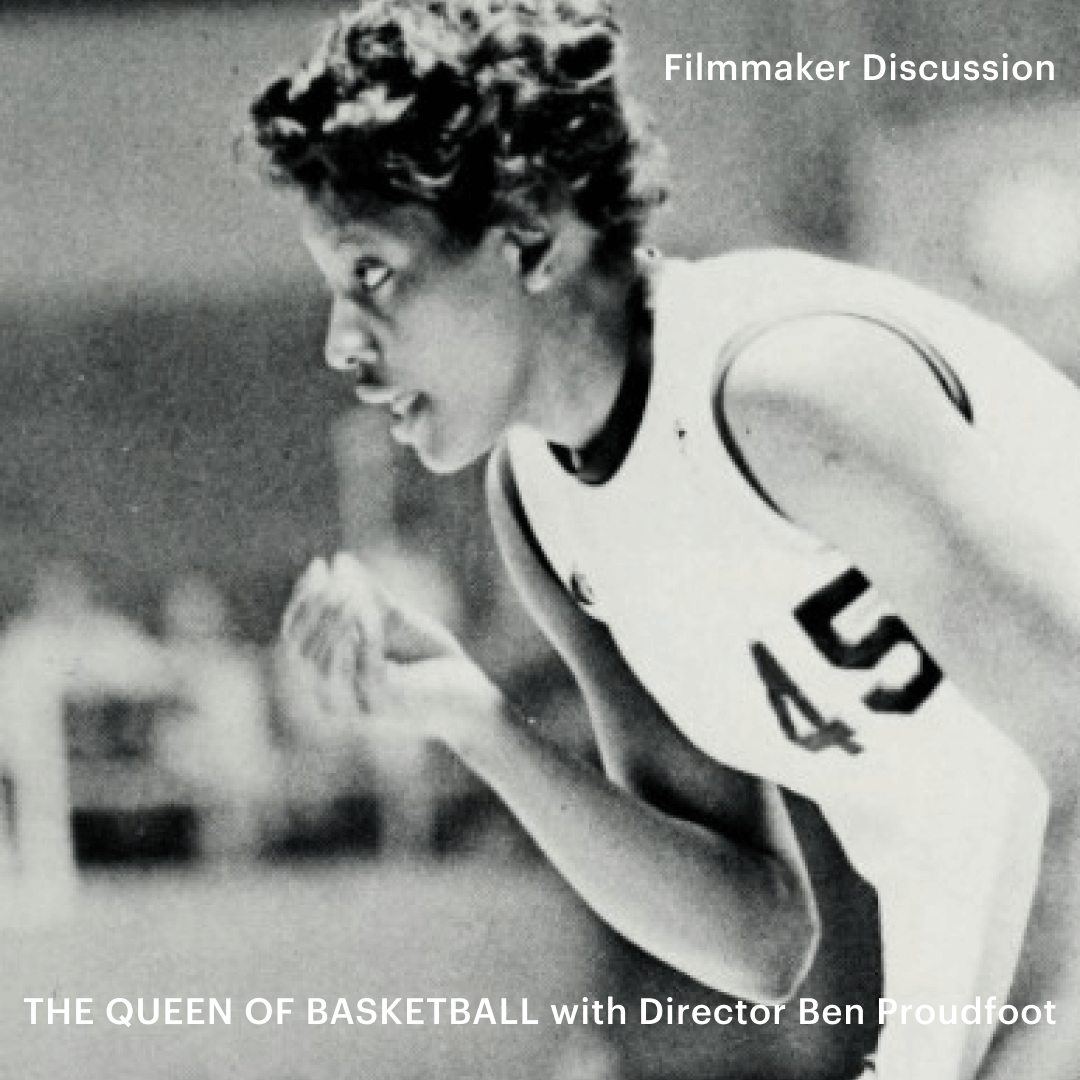 She is one of the greatest living women’s basketball players. 3 national trophies. Scored the first basket in women’s Olympic basketball at the ‘76 Olympics. Drafted to the NBA. But have you ever heard of Lucy Harris?

Join us for a screening and discussion of THE QUEEN OF BASKETBALL, on the short list for the Academy Award for nomination for Documentary Short. Director & Producer Ben Proudfoot will be in conversation with cinematographer Brandon Somerhalder, moderated by filmmaker Peter Nicks.

An Academy Award® nominated short-documentary director and entrepreneur, Ben Proudfoot is the creative force behind Breakwater Studios. The studio’s work has been recognized by the Sundance Film Festival, Tribeca, Hot Docs, The Emmys, The Webbys, James Beard Foundation, and Telluride among others. Proudfoot was named one of Forbes Magazine’s “30 Under 30” for his leadership and innovation in the brand-funded documentary space. He hails from Halifax, Nova Scotia, and is a graduate of the University of Southern California. Proudfoot is an accomplished sleight-of-hand magician and has performed at The Magic Castle in Los Angeles.

Brandon Somerhalder is a cinematographer and producer born in Colorado and raised in the beautiful state of Kansas. Most recently, he was co-DP on the Oscar-nominated short documentary A Concerto is A Conversation, directed by Kris Bowers and Ben Proudfoot, and has produced and shot two short documentary series with The New York Times, Almost Famous and Cause of Life, also with Proudfoot and Breakwater Studios. He was a graduate of the USC School of Cinematic Arts and resides in Los Angeles.

Peter Nicks is an award-winning cinematographer/director known for his immersive camerawork and cinema vérité style. He helmed the critically acclaimed feature documentary The Waiting Room and won the 2017 Sundance Film Festival’s U.S. Documentary Directing Award for The Force. His most recent film, Homeroom, completes a trilogy of timely, immersive documentaries exploring the interconnected narratives of health care, criminal justice, and education in Oakland, CA.

﻿﻿Lindsay Crouse is a writer and producer in the Opinion section of The New York Times. The Co-Executive Producer of Op-Docs, The Times’s series of short documentaries by independent filmmakers, she has produced more than 300 films, winning four Emmy awards (15 nominations), four Oscar nominations, and two Peabody awards. Drawing on her own experiences as a competitive athlete, she has spearheaded coverage of women athletes at The Times; the Emmy-nominated video series she produced in 2019, Equal Play, broke news by centering female athletes’ untold experiences and led to widespread reform in women’s sports. She produced the Oscar contender “The Queen of Basketball” on behalf of The New York Times.

Stephanie Owens’ background spans from creator to curation. As a filmmaker, Owens has an appreciation for stories that are blurry or unexpected, and is drawn to explore what it means to be both here and there—a part of and apart. Her recent short documentary Downstage screened at various festivals including BlackStar, Big Sky, Hot Springs, and Chicago International Children’s Film Festival, among others. Owens was also an editor on the New York Times Op-Doc Queen of Basketball, directed by Ben Proudfoot. She has an MFA in Art and Film/Video from CalArts.