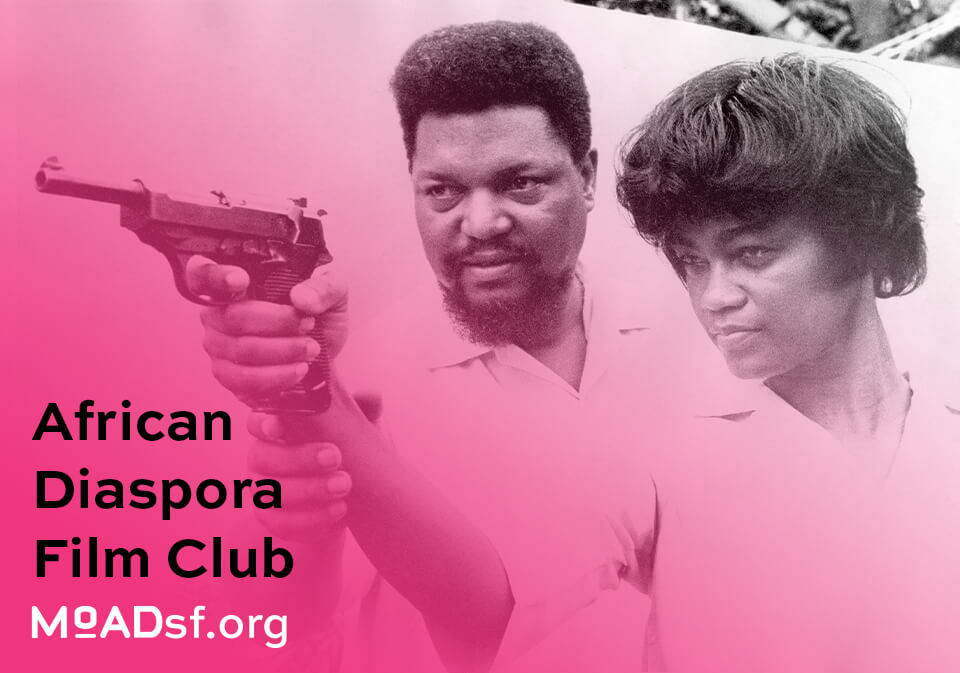 Introducing a new monthly series, The African Diaspora Film Club. Modeled after our African Book Club, we will meet once a month to discuss a film that we have all viewed in advance of the discussion. The conversation will be moderated by Cornelius Moore, co-director of California Newsreel and film series curator at MoAD.

We will be choosing a selection of films previously screened at MoAD. You may have already seen it, or this may be your first introduction. In either case, join us on the second Sunday of the month for a lively discussion of the film.

We will launch the series with NEGROES WITH GUNS.

Robert F. Williams was the forefather of the Black Power movement and broke dramatic new ground by internationalizing the African American struggle. Negroes with Guns is not only an electrifying look at an historically erased leader, but also provides a thought-provoking examination of Black radicalism and resistance and serves as a launching pad for the study of Black liberation philosophies. Insightful interviews with historian Clayborne Carson, biographer Timothy Tyson, Julian Bond, and a first person account by Mabel Williams, Robert's wife, bring the story to life.

Filmmaker Sandra Dickson will join us for the discussion.

Sandra Dickson is a Professor of Documentary Film at Wake Forest University. Her credits include co-directing The Last Flight of Petr Ginz, which screened in more than 40 countries and won the Avner Shalev Award for Cinematic Excellence at the 2012 Jerusalem Film Festival. Dickson also co-directed Negroes with Guns: Rob Williams and Black Power, which aired on PBS’s Independent Lens in February 2006. ‍

‍This film is available on Kanopy (free with local library card) and Vimeo ($2.99 rental fee). It may also be available on other platforms.

‍Register on Zoom in advance for this meeting

After registering, you will receive a confirmation email containing information about joining the meeting.

Learn more about NEGROES WITH GUNS at The Freedom Archives