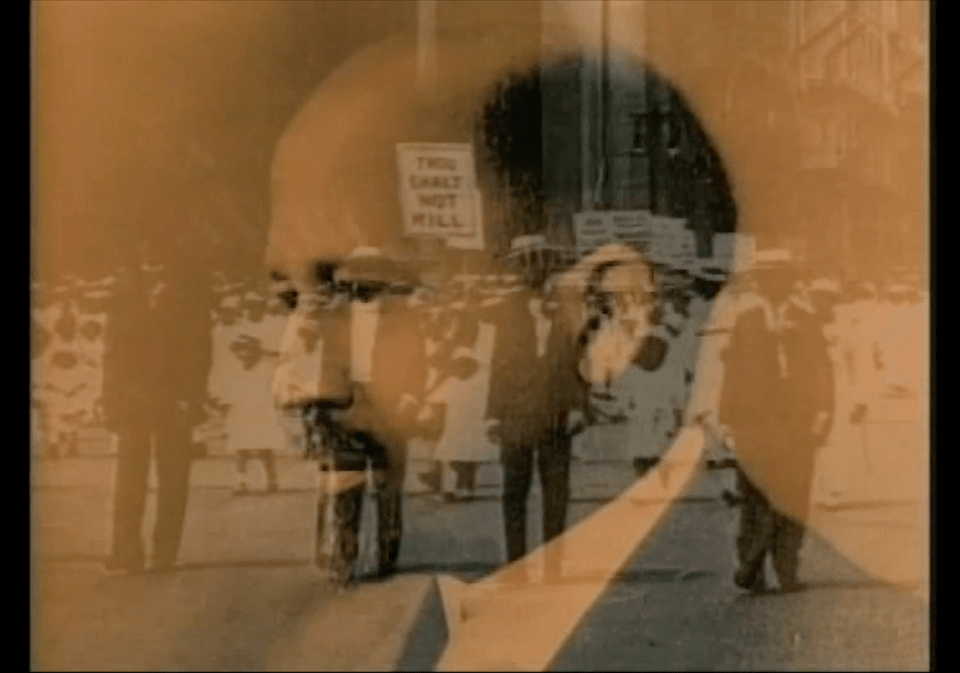 Join us for today's program. Here is the info you need to join us on Zoom:

Join us for our monthly series, The African Diaspora Film Club. Modeled after our African Book Club, we will meet once a month to discuss a film that we have all viewed in advance of the discussion. The conversation will be moderated by Cornelius Moore, co-director of California Newsreel and film series curator at MoAD. We will be choosing a selection of films previously screened at MoAD.

You may have already seen it, or this may be your first introduction. In either case, join us on the second Sunday of the month for a lively discussion of the film.

You will receive instructions to join via zoom after you sign up here.

This month we will be discussing the documentary W.E.B. DUBOIS: A BIOGRAPHY IN FOUR VOICES (Louis Massiah, 1996, 116 mins.)

The long and remarkable life of Dr. William Edward Burghardt (W.E.B) Du Bois (1868-1963) offers unique insights into an eventful century in African American history. Born three years after the end of the Civil War, Du Bois witnessed the imposition of Jim Crow, its defeat by the Civil Rights Movement and the triumph of African independence struggles.

Du Bois was the consummate scholar-activist whose path-breaking works remain among the most significant and articulate ever produced on the subject of race. His contributions and legacy have been so far-reaching, that this, his first film biography, required the collaboration of four prominent African American writers. Wesley Brown, Thulani Davis, Toni Cade Bambara and Amiri Baraka narrate successive periods of Du Bois' life and discuss its impact on their work.

‍We will not be screening the film. Please view the film on your own in advance of the discussion. You can find it streaming at Kanopy.com (free with local library card), or on Vimeo.

‍Producer and Director Louis Massiah will join us for the discussion.

Louis Massiah is an independent filmmaker who explores historical and political subjects. His works include W.E.B. Du Bois - A Biography in Four Voices, a collaboration with the writers Toni Cade Bambara, Amiri Baraka, Wesley Brown and Thulani Davis. He is the producer/director of The Bombing of Osage Avenue, on the Philadelphia police bombing of the MOVE organization.

Massiah produced and directed Power! and A Nation of Law?, for the landmark Eyes on the Prize II series. He is a member of the Academy of Motion Picture Arts and Sciences. His body of work have helped earn him a MacArthur Foundation “genius grant” Fellowship.

Massiah is the founder of the Scribe Video Center in Philadelphia, a media arts organization that provides training and equipment access to emerging filmmakers and community organizations. In 2019, forty four films that he produced through Scribe were included in the inaugural exhibition of the Musée des Civilisations Noires in Dakar, Senegal.

Massiah received a B.A. (College Scholar) from Cornell University and an S.M. (Visual Studies–Documentary) from Massachusetts Institute of Technology. In addition to the MacArthur, he has received fellowships from Pew and , Rockefeller-Tribeca.  He teaches regularly at Scribe and was the Eugene Lang Professor of Social Change at Swarthmore College.

In 2018-2019, he was the inaugural Scholar-in-Residence of the Center for Experimental Ethnography at the University of Pennsylvania.

‍Generous support for this program is provided by Art Bridges