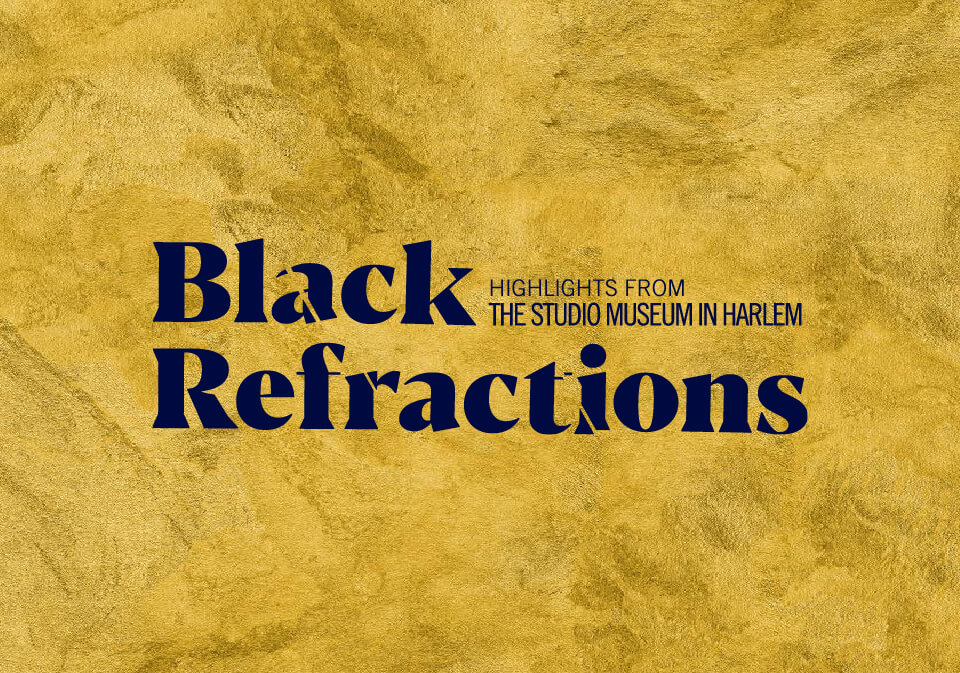 This event is sold out. Thank you.

Join us for an evening with two extraordinary artists featured in Black Refractions: Highlights from the Studio Museum in Harlem, Lyle Ashton Harris and Njideka Akunyili Crosby as they reflect on their work and their relationship with the Studio Museum. They will be in conversation with UC Berkeley Professor Leigh Raiford.‍

Lyle Ashton Harris (born 1965, Bronx, New York) has cultivated a diverse artistic practice ranging from photography and collage to installation and performance art. His work explores intersections between the personal and the political, examining the impact of ethnicity, gender, and desire on the contemporary social and cultural dynamic. His work is included in the collection of the Museum of Modern Art, New York, and has been exhibited internationally as well as in the Venice Biennale, the Bienal de São Paulo, and most recently at the Centre Pompidou in Paris, presented on the occasion of the 40th anniversary of Cinéma du Réel.

He was the 2014 recipient of the David C. Driskell Prize from the High Museum of Art, Atlanta, and a John Simon Guggenheim Memorial Foundation fellowship in 2016. Harris’s multimedia installation Once (Now) Again, was included in the 78th Whitney Biennial, his three-channel video work Ektachrome Archives (New York Mix), 2017, was acquired by the Whitney Museum, and an artist monograph titled Today I Shall Judge Nothing That Occurs was published by Aperture in 2017.

The artist currently lives and works in New York City and is an Associate Professor of Art at New York University. Lyle Ashton Harris is represented by Salon 94, New York.

Njideka Akunyili Crosby was born in Enugu, Nigeria in 1983 where she lived until the age of sixteen. In 1999 she moved to the United States, and currently lives and works in Los Angeles. Drawing on art historical, political and personal references, Njideka Akunyili Crosby creates densely layered figurative compositions that, precise in style, nonetheless conjure the complexity of contemporary experience.

Her cultural identity combines strong attachments to the country of her birth and to her adopted home, a hybrid identity that is reflected in her work. She is the recipient of a 2017 MacArthur Fellowship and was awarded Financial Times' Women of the Year, 2016. Recent solo exhibitions include Njideka Akunyili Crosby: “The Beautyful Ones", The National Portrait Gallery, London (2018-19) and Counterparts, Modern Art Museum of Fort Worth, TX (2018-19), Baltimore Museum of Art, MD (2017-18).

Leigh Raiford is Associate Professor and H. Michael and Jeanne Williams Chair of African American Studies at the University of California at Berkeley, where she also serves as affiliate faculty in the Program in American Studies, and the Department of Gender and Women’s Studies.

Raiford is the author of Imprisoned in a Luminous Glare: Photography and the African American Freedom Struggle (University of North Carolina Press, 2011), which was a finalist for the Berkshire Conference of Women Historians Best Book Prize.

She is co-editor with Heike Raphael-Hernandez of Migrating the Black Body: Visual Culture and the African Diaspora (University of Washington Press, 2017) and with Renee Romano of The Civil Rights Movement in American Memory (University of Georgia Press, 2006).