Programs & Events
>
Authors In Conversation | I'VE BEEN HERE ALL THE WHILE: BLACK FREEDOM ON NATIVE LAND by Alaina E. Roberts in Conversation with Professor Robert Keith Collins
MoAD LiT 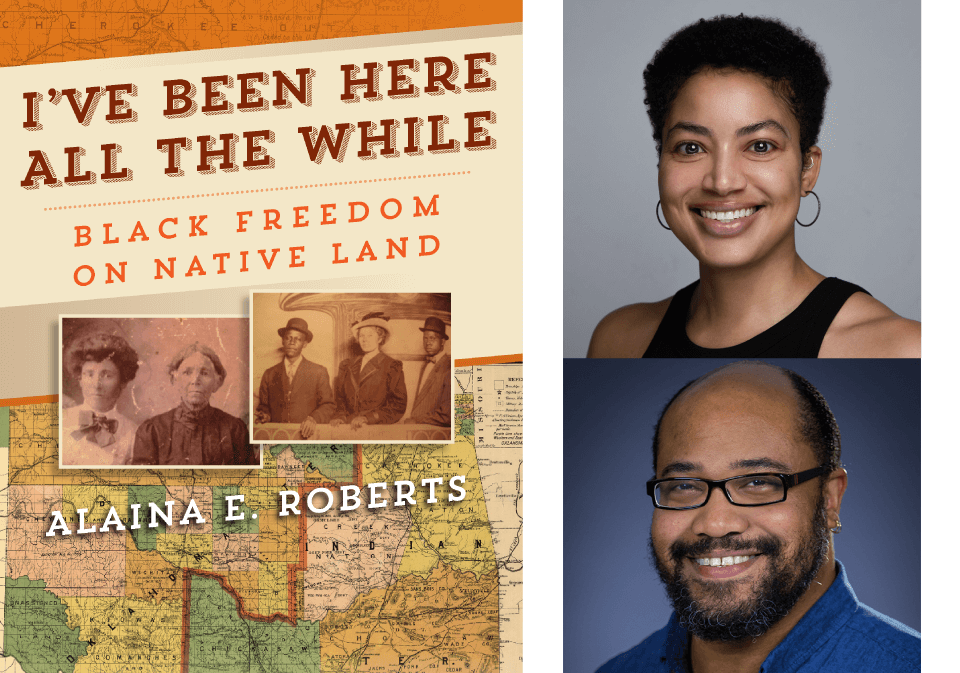 Join MoAD in celebrating the publication of I've Been Here All the While: Black Freedom on Native Land with author Alaina E. Roberts in conversation with Professor Robert Keith Collins, PhD.

Perhaps no other symbol has more resonance in African American history than that of “40 acres and a mule”—the lost promise of Black reparations for slavery after the Civil War. In I’ve Been Here All the While, we meet the Black people who actually received this mythic 40 acres, the American settlers who coveted this land, and the Native Americans whose holdings it originated from.

Through chapters that chart cycles of dispossession, land seizure, and settlement in Indian Territory, Alaina E. Roberts draws on archival research and family history to upend the traditional story of Reconstruction. She connects debates about Black freedom and Native American citizenship to westward expansion on to Native land. As Black, white, and Native people constructed ideas of race, belonging, and national identity, this part of the West became, for a short time, the last place where Black people could escape Jim Crow, finding land and exercising political rights, until Oklahoma Statehood in 1907.

‍I've Been Here All the While is available for purchase at the MoAD Bookstore.

Alaina E. Roberts is an Assistant Professor of History at the University of Pittsburgh. Her research focuses on the intersection of African American and Native American life from the nineteenth century to the modern day with particular attention to identity, settler colonialism, and anti-Blackness. In addition to her first book, I’ve Been Here All the While: Black Freedom on Native Land (University of Pennsylvania Press, 2021), her writing has appeared in the Washington Post, TIME, the Journal of the Civil War Era, High Country News, Al Jazeera, the Journal of the Gilded Age and Progressive Era, and the Western Historical Quarterly.

Robert Keith Collins, PhD, a four-field trained anthropologist, is Associate Professor of American Indian Studies at San Francisco State University. He holds a BA in Anthropology and a BA in Native American Studies from the University of California at Berkeley. Dr. Collins also holds an MA and PhD in Anthropology from UCLA. Using a person-centered ethnographic approach, his research explores American Indian cultural changes and African and Native American interactions in North, Central, and South America.