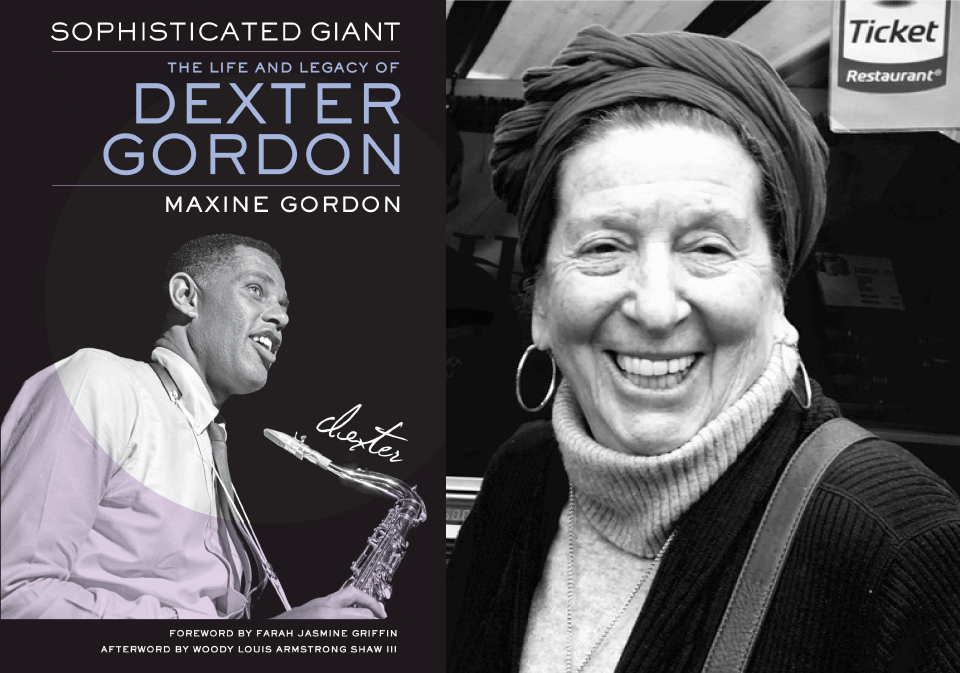 ‍Sophisticated Giant: The Life and Legacy of Dexter Gordon

‍Join us for an evening with Maxine Gordon as she discusses her late husband, tenor saxophonist Dexter Gordon, one of the major innovators of modern jazz. Reading like a jazz composition, the blend of research, anecdote, and a selection of Dexter's personal letters reflects his colorful life and legendary times. Sophisticated Giant presents the multidimensional man full of humor and wisdom, a figure who struggled to reconcile being both a creative outsider who broke the rules and a comforting insider who was a son, father, husband, and world citizen. Maxine Gordon will be in conversation with Lyle Link.

‍The program will include a book signing and wine + bites reception with live music by the Oakland Public Conservatory of Music.

Maxine Gordon is an independent scholar with a lifetime career working with jazz musicians. As an oral historian and archivist in the fields of jazz and African American cultural history, Sophisticated Giant fulfills the promise she made to her late husband, jazz saxophonist and Academy Award-nominated actor Dexter Gordon, to complete his biography.

Relocating to the Bay Area from Washington, D.C. three years ago, saxophonist and educator Lyle Link brings his diverse musical and educational experiences- on stage and in the classroom- to his current role as Lead Teaching Artist, a newly created position at SFJAZZ. Teaching in and supporting SFJAZZ's Jazz in the Middle, Jazz in Session, and School Day Concerts programs, Lyle relishes bringing his wealth of knowledge to young people in partnering San Francisco and Oakland middle schools. In addition, Lyle also maintains a busy schedule as a working musician in several Bay Area jazz groups, as well as leading his own project.

The Oakland Public Conservatory of Music has been committed to the preservation of African American history and culture through music education for more than a decade. Founded in 2004, the Oakland Public Conservatory of Music (OPC) is a model to be replicated in other urban hubs with large under-resourced and under-served African American populations who do not have access to rigorous music education. OPC’s programs celebrate, preserve and extend the artistic heritage of the people of Oakland by providing  access to shared and diverse musical genres grounded in the African American Experience, with an understanding of its role in the development of American music and culture.