A Celebration of Bryant Terry and Welcome to Jocelyn Jackson 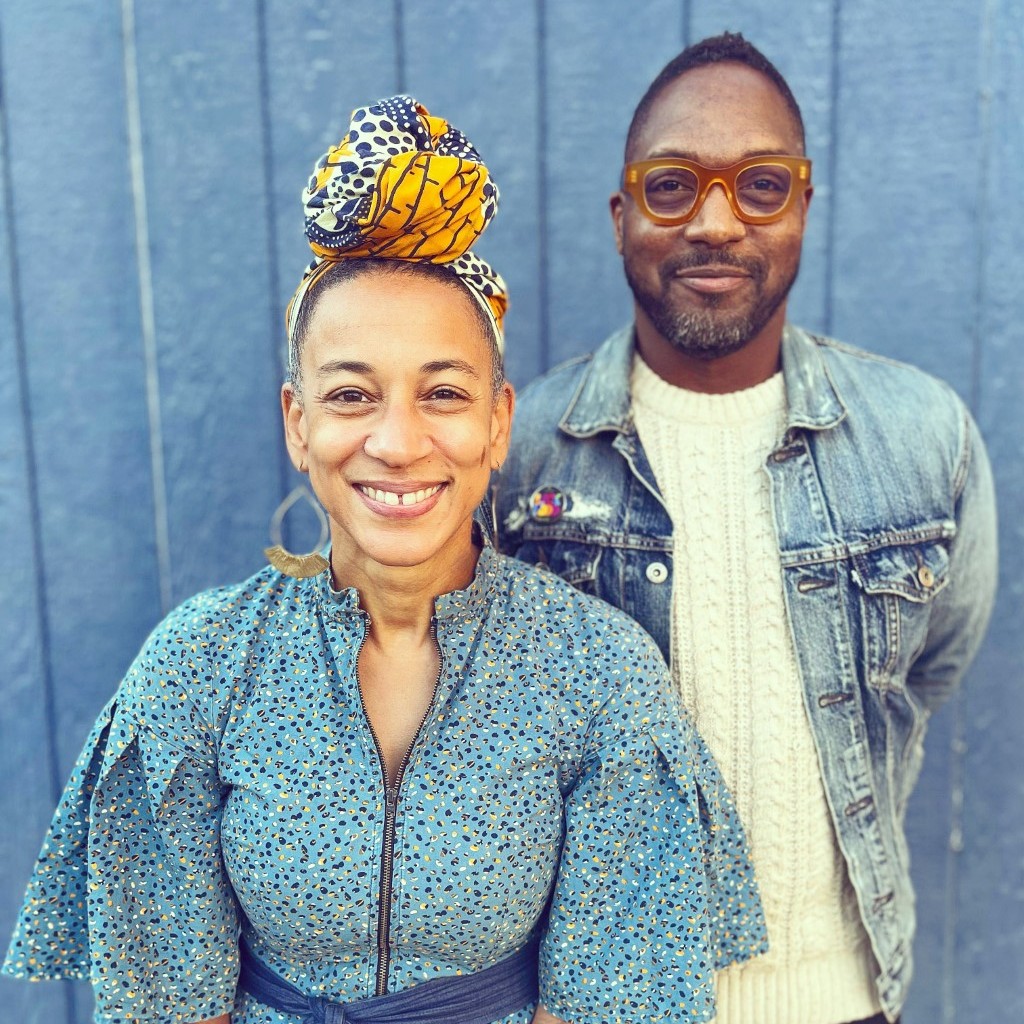 THIS EVENT IS SOLD OUT. THANK YOU!

Two Black Cooks in the Kitchen: A Celebration of Bryant Terry and Welcome to Jocelyn Jackson

Join us for a dynamic conversation about the artistry and politic of food between Bryant Terry and Jocelyn Jackson, the past and present Chefs-in-Residence at MoAD.

After his inaugural seven-year tenure as MoAD’s Chef-in-Residence, James Beard award winning chef and author Bryant Terry is passing the torch to his longtime colleague and collaborator Jocelyn Jackson. They worked on the first Diaspora Dinner together back in 2015 as well as several school programs and community events. Jocelyn looks forward to continuing the innovative design that Bryant originated while bringing new concepts sourced from her lived experience as an artist, cook, and activist.

Small bites and drinks from across the African diaspora available in the lobby after the program.

Jocelyn Jackson is an award-winning chef, artist, teacher, and activist who was raised on the Kansas plains by a Tuskegee Airmen and the first Black woman to run for Mayor in Wichita. Her family tradition of social justice led her to pursue a law degree after completing her BA in Fine Arts. After practicing law for six years in DC she spent two years in Mali and across West Africa as a Natural Resource Volunteer and returned to the states to finish her formal education with a MS in Environmental Education. Once she landed in the Bay Area her lifelong devotion to healing food experiences became the vessel for her cultural entrepreneurship and activism. Jocelyn has been a professional cook for over 12 years. She spoke on the principles of community nourishment at Court Bouillon in Southern France, and was part of the team that presented the inaugural Diaspora Dinner at MoAD. She is the founder of JUSTUS Kitchen and the co-founder of People’s Kitchen Collective (PKC). Both organizations serve to center the lived experience and liberation of Black and brown peoples using food, art, and social justice as vehicles for change.

Jocelyn has received several honors as an artist and chef over the years. She was named Rising Star Chef alongside PKC by the SF Chronicle, received the Rainin Open Spaces and Fellows Grant, Creative Capital Award, Ruth Foundation for the Arts Grant, and Headlands Center for the Arts Residency. In 2021 she was selected for Ava DuVernay’s LEAP Foundation Grant to create a culinary arts based installation that reflected the story of Philando Castille. Jocelyn has published writing on the topics of food and justice in Eater, Epicurious, The Kitchn, Feed the Resistance by Julia Turshen, and Black Food by Bryant Terry.

Bryant Terry is a James Beard & NAACP Image Award-winning chef, educator, and author renowned for his activism to create a healthy, just, and sustainable food system. He is the founder and editor-in-chief of 4 Color Books, an imprint of Penguin Random House and Ten Speed Press, and he is co-principal and innovation director of Zenmi, a creative studio he founded. From 2015-2022 he was the inaugural Chef-in-Residence at the Museum of the African Diaspora (MoAD) in San Francisco where he created public programming at the intersection of food, farming, health, activism, art, and culture. His sixth book, a collection of recipes, art, and stories, entitled Black Food was published by 4 Color Books/Ten Speed Press in October 2021. It went on to be the most critically acclaimed American cookbook published that year landing on lists by The New Yorker, San Francisco Chronicle, Boston Globe, The Washington Post, NPR, Los Angeles Times, Food52, Glamour, and many other publications.

This program is presented in conjunction with our Community Free Day | Thrive@MoAD, generously supported by Kaiser Permanente