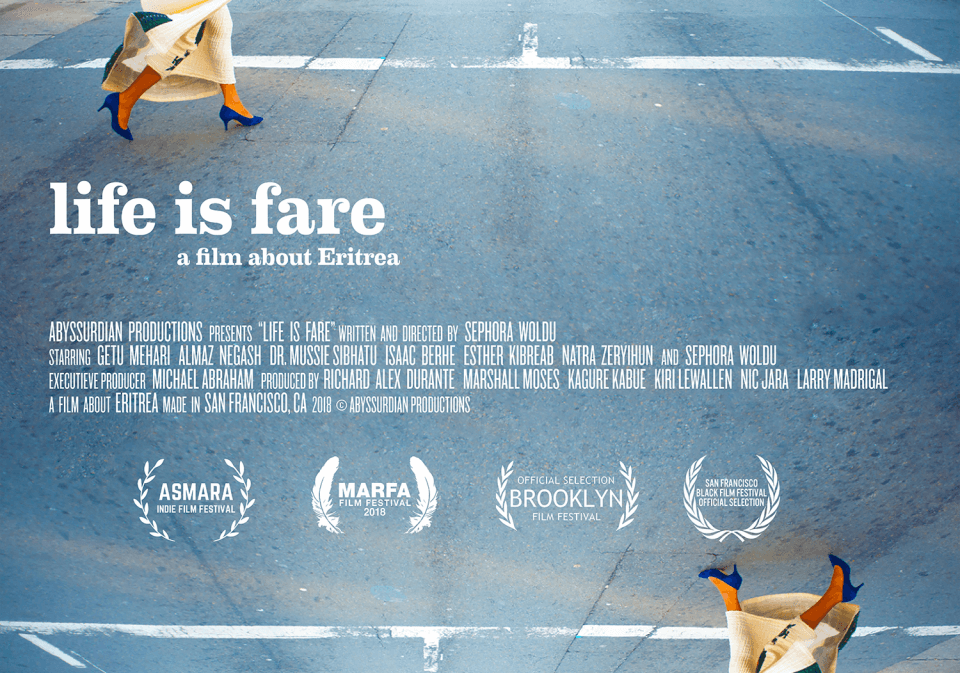 Join us for a film screening and discussion of the delightful film LIFE IS FARE. The screening will be introduced by Eritrean American filmmaker Sephora Woldu, and she will lead a discussion following.

Sephora, an idealistic young Eritrean American, pitches a well-meaning but ludicrous film about identity, memory, and homesickness to her traditional mother about a man (Haile) who fled their home country and ended up in San Francisco. As a recently arrived immigrant, Haile is terribly homesick for his native Eritrea, but will not admit it due to unease towards speaking ill of the country; and more consciously in hesitance of admitting hard truths about his culture and himself. LIFE IS FARE is a cross cultural analogy to challenge how patriotism and nationalism are practiced by people of a country, and is inspired by current Eritrean and Ethiopian migration journeys.

Sephora Woldu is an Eritrean American writer and filmmaker based in San Francisco. She founded her studio (Abyssurdian Productions) in 2013, and her films have since garnered awards at institutions including the Brooklyn Film Festival, New Orleans Film Festival, Blackstar Film Festival, Marfa Film Festival, Indie Memphis, and the Montreal International Black Film Festival. Sephora is also a full-time student pursuing a Master's in Architecture from California College of the Arts and currently works at the design firm IDEO because among other things, she is full of surprises.