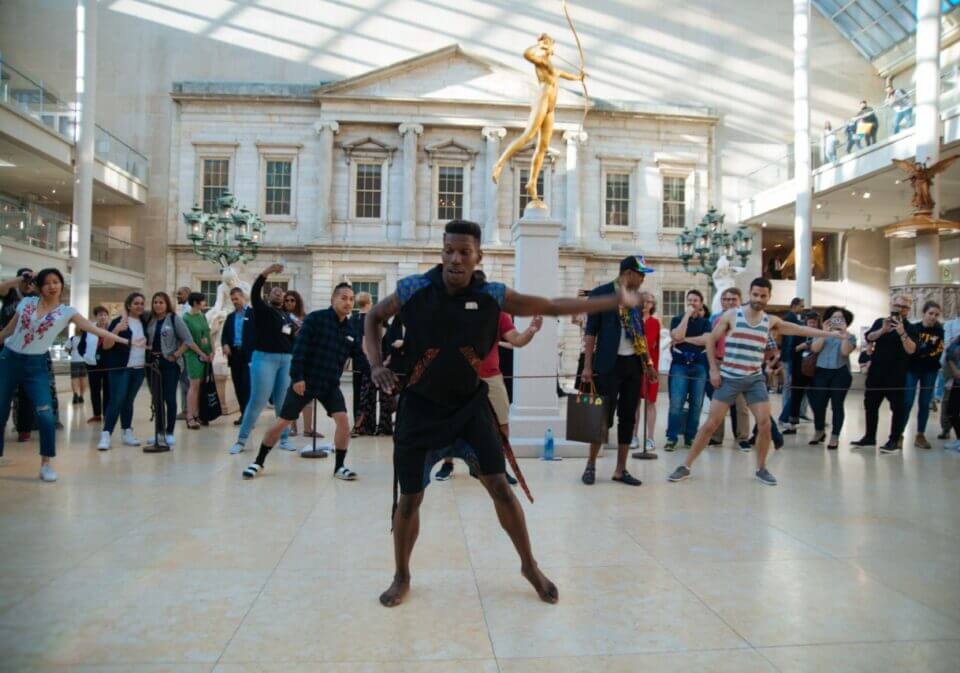 VOGUE AROUND THE WORLD

‍Take a dip into the global vogueing scene through the artistic work of Rashaad Newsome. Rashaad Newsome and Johnny Symons present a short work-in-progress clip of their documentary GET YOUR 10s, which profiles vogue dancers and Rashaad’s performance work in New York, Paris, Tokyo, Sao Paulo and Johannesburg. Then try out your own moves in a vogue workshop led by legendary New York vogue dancer and film subject Omari Oricci.‍

Rashaad Newsome is a multidisciplinary artist whose work blends several practices—including collage, sculpture, film, music, computer programming, and performance—to form an altogether new field. Using the diasporic tradition of improvisation, he crafts compositions that speak of and to Black and Queer culture and walk the tightrope between intersectionality, social practice and abstraction. He has exhibited and performed in museums, institutions, and festivals internationally including The Studio Museum in Harlem, The National Museum of African American History and Culture, The Whitney Museum, and the Centre Georges Pompidou.

‍Johnny Symons is an Emmy-nominated documentary filmmaker focusing on LGBTQ issues. His films have screened at more than 200 international festivals including Sundance, Sheffield, Full Frame, Frameline and Outfest, broadcast on PBS and screened for the US Congress on Capitol Hill. He is Associate Professor in the School of Cinema at San Francisco State University, where he directs the Documentary Program and the Queer Cinema Project.

‍Omari Oricci was born in Senegal and began his training at the age of 6 in contemporary, vogue, hip-hop, West African, and house dance. Omari has performed with Rashaad Newsome, John Legend, Janet Jackson, Wunmi, Jedienna, Gala, Jennifer Hudson, and The Maimouna Keita Dance company, and created "AfrikFusion," a style that fuses traditional African dances and Afrobeat styles with house dance and vogue. The Founding Father of the House of Nina Oricci, Omari received the status of Legend after 10 years of competing in the vogue ballroom scene in NYC.

This program is presented in conjunction with the current exhibition Rashaad Newsome: STOP PLAYING IN MY FACE! and ICON