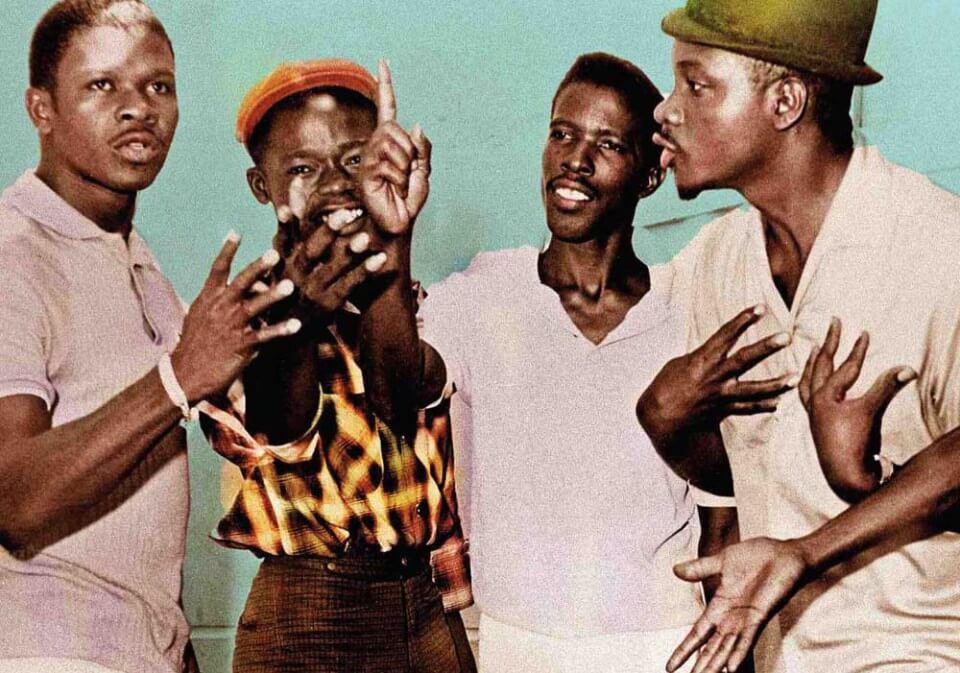 In conjunction with the current exhibition En Mas’: Carnival and Performance Art of the Caribbean, Museum of the African Diaspora (MoAD) and the SF Latino Film Festival present Jump Up: The En Mas’ Film Series, six weeks of documentaries and features portraying the magical impact of Carnival in various places in the African Diaspora (Trinidad,  Brazil, Guadeloupe, New Orleans, Cape Verde and New York). Each program has a strong focus on the music, performers and the flamboyant attire so central to the celebrations including calypso and soca of Trinidad, Salvador’s blocos afros, Guadeloupe’s zouk, Mardi Gras’ Black Indian clubs, the transgender paraders on São Vicente island and Brooklyn’s Caribbean saturated Labor Day festivities.

This documentary presents dynamic performances by and conversations with calypso stars such as the Mighty Sparrow, Calypso Rose, Lord Kitchener and many others while simultaneously examining the music’s connection to Trinidad’s Carnival.  Often known for its hilarious rhymes, the film also recognizes the music’s dynamic social and political roots which sustain it. It also includes an interview with Harry Belafonte on his complex relationship to calypso.

In the pre-sunrise hours, J’ouvert ushers in  Brooklyn’s Labor Day Carnival, in a brilliant explosion of sound, color and excitement. Rooted in the celebration of freedom from slavery, J’ouvert has become an expression of rebirth and joy throughout the Caribbean and abroad.

This short, richly textured drama is about desire, identity and conformity and tells the story of a romantic encounter that begins during the festival of J'ouvert on the streets of Port-of-Spain, Trinidad. In the cold light of day – when they are unmasked - can these young lovers from very different backgrounds stay true to their desires?