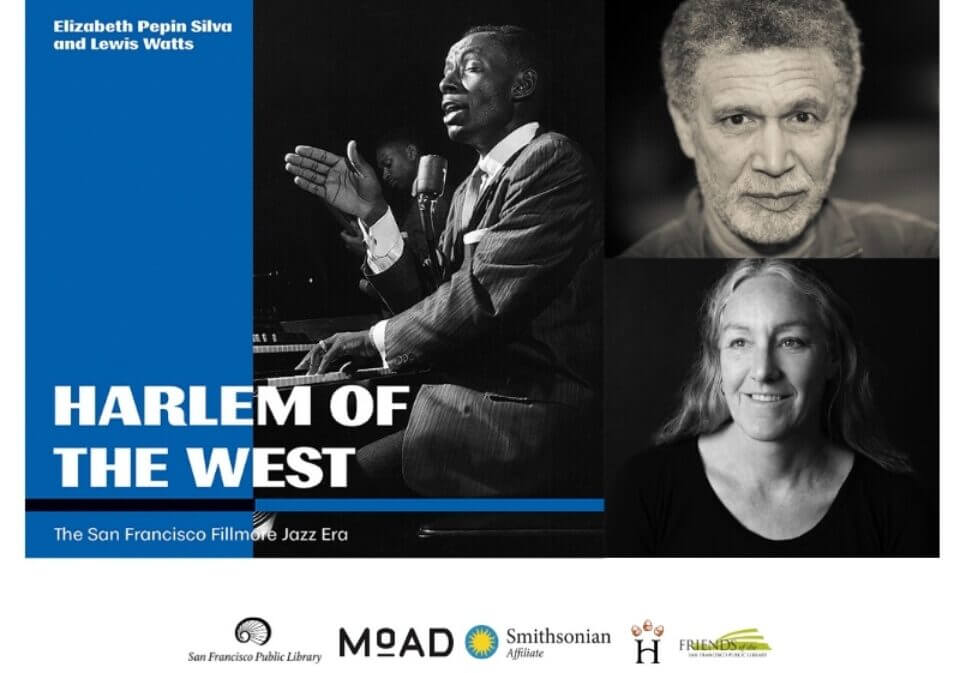 A gathering in honor of Juneteenth and learning about the legendary musicians of the Fillmore Jazz Era.

Elizabeth Pepin Silva and Lewis Watts will present an illuminating slide show and talk about the new edition of Harlem of the West: The San Francisco Fillmore Jazz Era.

Through dozens of archival photographs and oral accounts from the neighborhood residents and musicians who experienced it at its height, the Harlem of the West SF Project celebrates this unique and rediscovered chapter in jazz history and the African-American experience on the West Coast. The Project is a platform for the Fillmore’s musicians, nightclub owners and residents of the 1940s and 1950s to tell the neighborhood’s history in their own words, as well as feature rarely seen photographs and memorabilia.

The new edition of Harlem of the West: The San Francisco Fillmore Jazz Era book has been recently republished by Heyday Books. The edition features newly discovered photographs and memorabilia, as well as additional interviews with those who lived and played in the Fillmore at the height of its glory

Elizabeth Pepin Silva is an award-winning documentary filmmaker, photographer, writer and former day manager of the historic Fillmore Auditorium. She holds a degree in journalism from San Francisco State University.

Lewis Watts is a photographer, archivist and professor emeritus of art at UC Santa Cruz with a longstanding interest in the cultural landscape of the African diaspora in the Bay Area and internationally.

Co-sponsored by Heyday Books and the Museum of the African Diaspora.