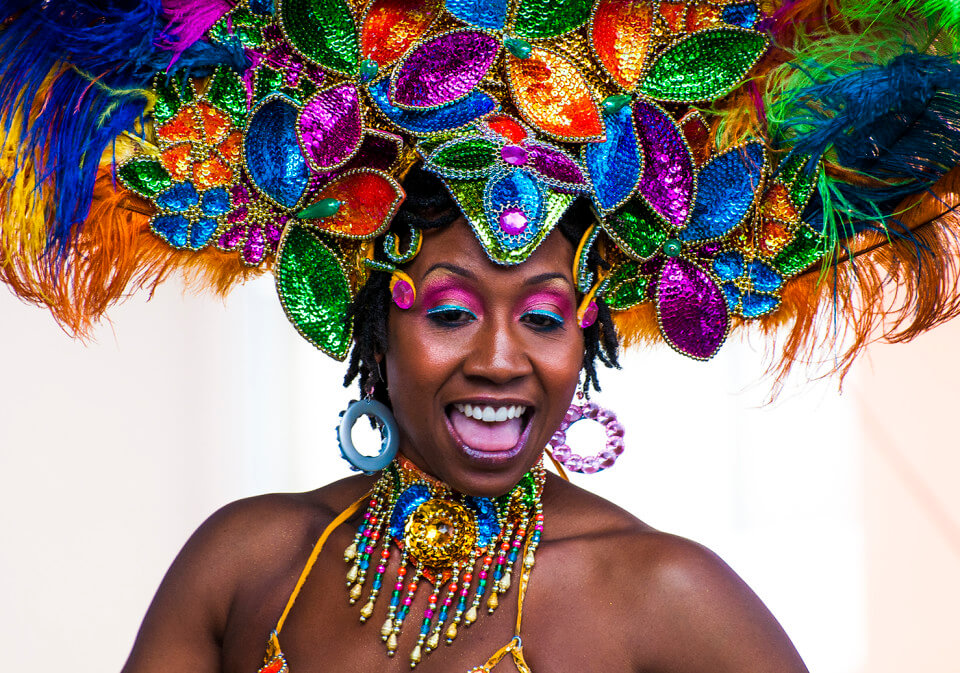 Join us for a multi-performance celebration with SF Carnaval for Mardi Gras! Presented in conjunction with Otra Mas': 40 Years of Carnaval in San Francisco featuring Mas Makers Massive promotes and teaches the carnival arts tradition of costume, music and dance indigenous to Trinidad and Tobago and the African Diaspora.

‍2017 Carnaval San Francisco King Antoine Hunter & Queen Tiombe Valone Queen Tiombe Valone is a native of San Francisco who started taking Afro-Brazilian dance with Tania Santiago at ODC and joined her parade comparsa, "Aguas Dance Company". Tiombe's goal as queen and beyond is to help the comparsas with children get what they need to make their participation in Carnaval a successful one. A Bay Area native, King Antoine Hunter is an award-winning African-American Deaf producer, choreographer, film/theater actor, dancer, poet, and Deaf advocate.

Hunter received his training in dance and acting training at Skyline High School Oakland, California Institute of the Arts (CalArts), and Paul Taylor Dance School in NYC. The founder and artistic director of Urban Jazz Dance, Hunter has performed with some of the most prestigious dance companies and theatres in the United States.

‍Arenas Dance Company preserves and promotes the rich and diverse Cuban folkloric and popular  dance traditions – from the percussive Arará to the sensual Rumba to the energetic Palo – making it accessible to wide audiences and inspiring the hearts and minds of its audiences in the way it brings the history of Cuban dance and musical culture to life.

‍Willie Brown Elementary School Steel Pan Ensemble is a SFUSD/VAPA pilot program that was developed to begin to bring a viable, culturally and socially relevant music program to the Bayview/Hunter's Point District.  The ensemble is directed by the school's music director Mr. Benjamin Koscielak with the support of Artist-In-Residence Derek Smith. They will be participating in the Carnaval San Francisco Grand Parade for the first time on May 27, 2018!

‍Foga Na Roupa is a diverse community of revelers and carnavalescos rooted in the study of Afro-Brazilian dance and percussion.

‍Admission to this event is included with admission to ENGAGE: Beyond Feathers and Glitter