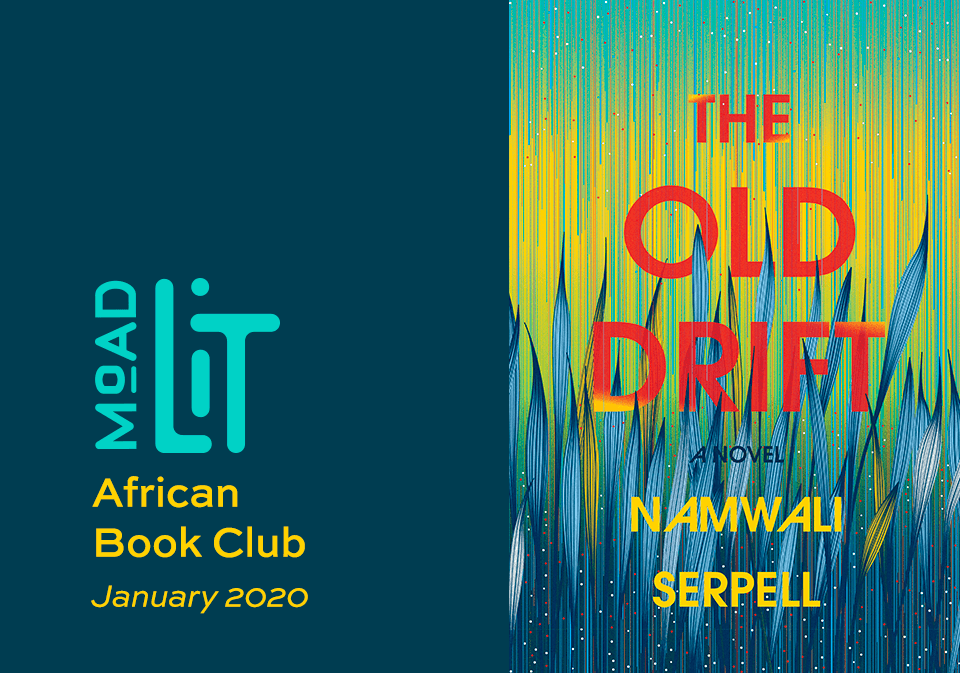 An ongoing series in partnership with Faith Adiele. January's book selection is The Old Drift by Namwali Serpell.

How to participate: Get a copy of the book (you can purchase it in person at MoAD or from our online MoAD Bookstore), read it in advance of the meeting, and then discuss the book with a group of people interested in reading African literature here on January 9th at 6:30 PM.

Please feel free to bring refreshments for yourself.

ABOUT THE OLD DRIFT

“A dazzling debut, establishing Namwali Serpell as a writer on the world stage.”—Salman Rushdie, The New York Times Book Review

‍1904. On the banks of the Zambezi River, a few miles from the majestic Victoria Falls, there is a colonial settlement called The Old Drift. In a smoky room at the hotel across the river, an Old Drifter named Percy M. Clark, foggy with fever, makes a mistake that entangles the fates of an Italian hotelier and an African busboy. This sets off a cycle of unwitting retribution between three Zambian families (black, white, brown) as they collide and converge over the course of the century, into the present and beyond.

As the generations pass, their lives—their triumphs, errors, losses and hopes—emerge through a panorama of history, fairytale, romance and science fiction.

From a woman covered with hair and another plagued with endless tears, to forbidden love affairs and fiery political ones, to homegrown technological marvels like Afronauts, microdrones and viral vaccines, this gripping, unforgettable novel is a testament to our yearning to create and cross borders, and a meditation on the slow, grand passage of time.

‍Praise for The Old Drift

‍“An intimate, brainy, gleaming epic . . . This is a dazzling book, as ambitious as any first novel published this decade.”—Dwight Garner, The New York Times

‍“A founding epic in the vein of Virgil’s Aeneid . . . though in its sprawling size, its flavor of picaresque comedy and its fusion of family lore with national politics it more resembles Salman Rushdie’s Midnight’s Children.”—The Wall Street Journal

‍“A story that intertwines strangers into families, which we’ll follow for a century, magic into everyday moments, and the story of a nation, Zambia.”—NPR