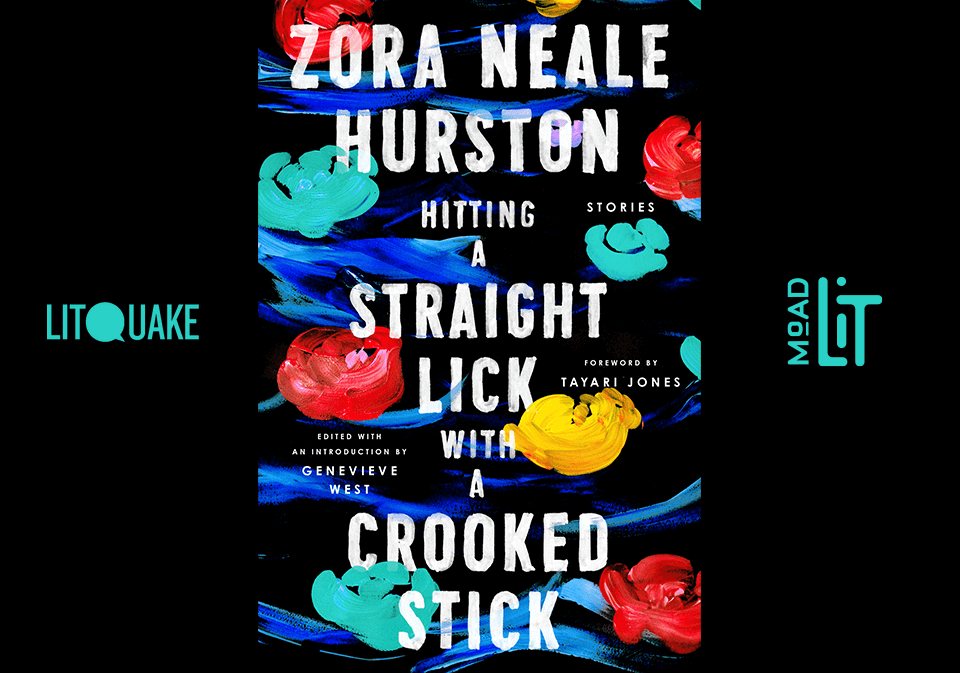 In 1925, Barnard student Zora Neale Hurston—the sole black student at the college—was living in New York, “desperately striving for a toe-hold on the world.” During this period, she began writing short works that captured the zeitgeist of African American life, transforming her into one of the central figures of the Harlem Renaissance. Nearly a century later, this singular talent is recognized as one of the most influential and revered American artists of the modern period.

Released just in time for Black History Month, Hitting a Straight Lick with a Crooked Stick (Amistad Press) unveils an outstanding collection of stories about love and migration, gender and class, racism and sexism that proudly reflect African American folk culture. Brought together for the first time in one volume, they include eight of Hurston’s “lost” Harlem stories, which were found in forgotten periodicals and archives. These stories challenge conceptions of Hurston as an author of rural fiction and include gems that flash with her biting, satiric humor, as well as more serious tales reflective of the cultural currents of Hurston’s world.

All are timeless classics that enrich our understanding and appreciation of this exceptional writer’s voice and her contributions to America’s literary traditions.

Chiyuma Elliott is an Assistant Professor of African American Studies at the University of California, Berkeley. A former Stegner Fellow, Chiyuma’s poems have appeared in the African American Review, Callaloo, the Notre Dame Review, the PN Review, and other journals. She has received fellowships from the American Philosophical Society, Cave Canem, and the Vermont Studio Center.

Chiyuma is the author of two books of poetry: California Winter League (2015) and Vigil (2017). She is currently at work on a monograph about rural life in the Harlem Renaissance.

Tonya M. Foster was raised in New Orleans. She is an Assistant Professor of Writing & Literature, and of Graduate Writing at California College of the Arts. A poet and essayist, she is the author of A Swarm of Bees in High Court (Belladonna, 2015), the bilingual chapbook La Grammaire des Os (joca seria, 2016), and is co-editor of Third Mind: Teaching Creative Writing through Visual Art (Teachers & Writers Collaborative, 2002).

She is currently a poetry editor at Fence Magazine, and a member of the poetry and fiction editing collective at The African-American Review.

Her work has appeared or is forthcoming in Callaloo, Obsidian, Boundary2, Poetry Project Newsletter, the Harvard Review, Best American Experimental Writing, Letters to the Future: Black Women/Radical Writing, and elsewhere. Foster is a recipient of fellowships from the Ford Foundation, the Mellon Foundation, the Macdowell Artists Colony, the Headlands Center, and New York Foundation for the Arts, among others. She is currently working on A Mathematics of Chaos, a cross-genre collection that revolves around New Orleans, home, family, and displacement.

Margaret Wilkerson Sexton, born and raised in New Orleans, studied creative writing at Dartmouth College and law at UC Berkeley. Her debut novel, A Kind of Freedom, was long-listed for the National Book Award and the Northern California Book Award, won the Crook’s Corner Book Prize, and was the recipient of the First Novelist Award from the Black Caucus of the American Library Association. Her newest novel is The Revisioners.

She lives in the San Francisco Bay Area with her family.

Find out more at margaretwilkersonsexton.com.

Jeneé Darden (moderator) is an award-winning journalist, public speaker, mental health advocate and proud Oakland native. She hosts KALW’s arts segment Sights & Sounds and is their East Oakland reporter. Jenee has reported for NPR, Time, Ebony, Los Angeles Times, and other outlets. She blogs at CocoaFly.com and is pitching a book about Black sexuality.