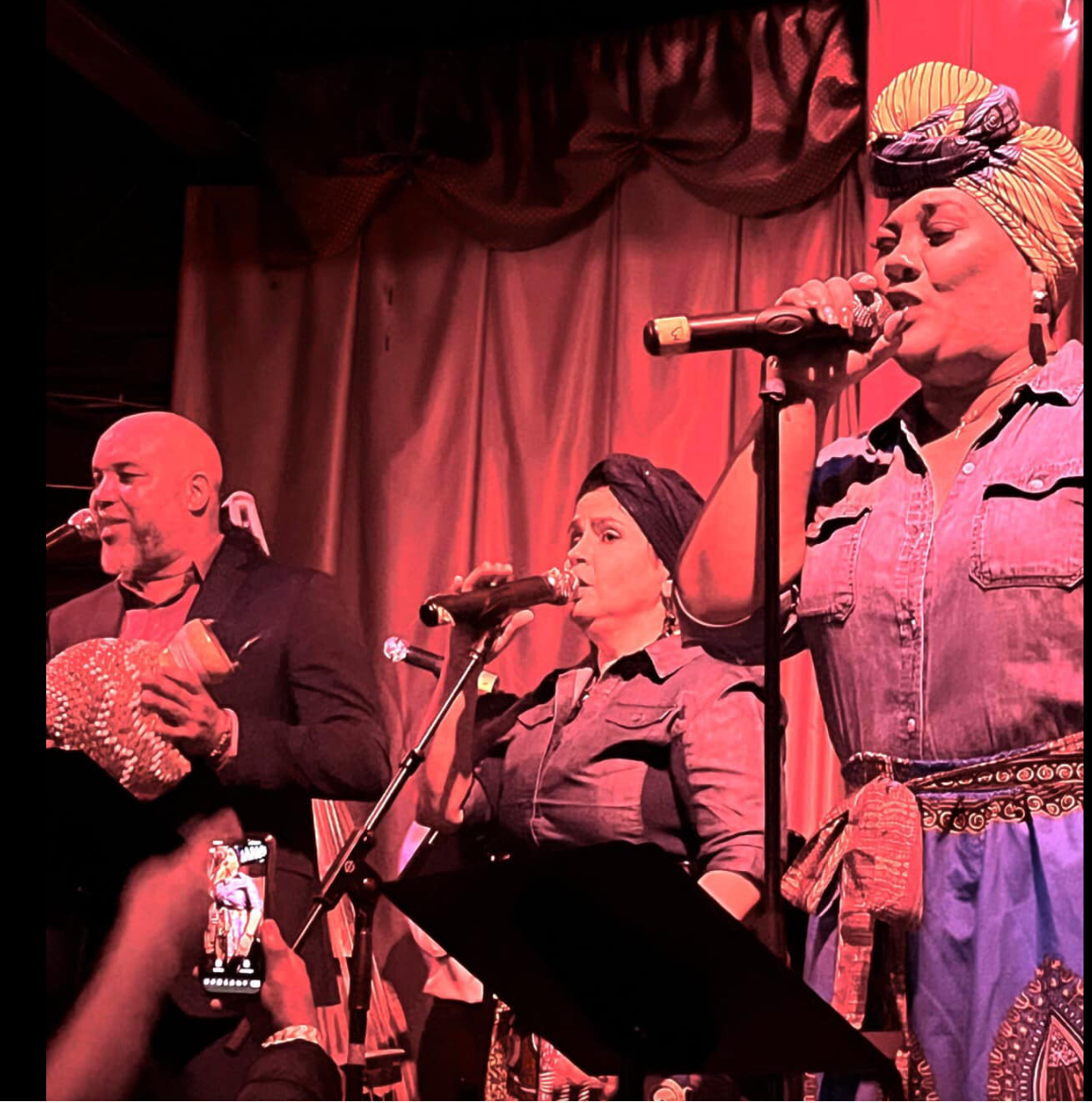 MoAD and CubaCaribe Festival of Dance and Music present a reception, talk, and musical celebration featuring Yenisel Valdés and Suklary Valverde and members of TeamBahia. These two incredibly talented Cuban women vocalists will use their powerful voices to both speak and sing. They will share their experiences as Cuban women living in Cuba and the U.S. and sing with six members of the talented musical group TeamBahia. There will be space for dancing and cocktails will be served. TeamBahia is Yenisel Valdés – Vocal, Sulkary Valverde – Vocal y percucion menor, Erick Barberia – Vocal y Congas, Ernesto Mazar Bajo, Erick Peralta – Piano, Carlos Medrano – Timbal y Bongo.

This program is in-person at MoAD and includes refreshments. Proof of Covid-19 vaccination is required at the door for entry.

Singer Yeni Valdés is from Pinar del Rio, Cuba. At age four she had already started in the amateur movement and was almost always awarded at provincial festivals. Valdés graduated in 1990 from the (EPIA) Provincial School of Arts Instructors in the specialty of choral conducting. Her inclination for music was always within the variants of the song. She became part of the Sello LA orchestra and the PG Group, formed by the maestro José Luis Cortés. She was the first woman vocalist member of two of the most famous and longest-running bands in Cuba, first with NG La Banda and later with Los Van Van 2001-2017. She has been nominated for six Latin and one American Grammys. Valdés currently lives and works in the San Francisco Bay area.

Singer Suklary Valverde is a talented interpreter of Latin music in the San Francisco Bay Area, was born in Guantanamo Cuba. She studied music and voice from an early age at the regional provincial school “Regino E. Boti” and later graduated from the Music Conservatory in Santiago de Cuba, specializing in saxophone and voice. In Cuba, she sang with bands  like Traje Nuevo, La sabor y Ritmo, La Ritmo Oriental and others. Residing now in the Bay Area, Sulkary launched her career as one of the leading female Latin singers of the Bay Area.

Musical Director Erick Barberia is a Cuban dancer, singer and percussionist. He graduated from the Escuela Nacional de Artes (ENA) in Havana, Cuba in 1999. He began his professional career in the Artistic Community Company, Korimakao as a dancer, drummer and actor. He also became a master teacher of dancing, singing and Afro-Cuban percussion in both the ENA and the Escuela Internacional de las Artes (CENCEA) in Havana.

In his spiritual practice, Barberia is crowned Omo Eleggua, Awo Orunmila, and Olubata. He comes from the Afro-Cuban Yoruba family of the highly respected and wise Babalawo Papo Angarica Oshelogbe (Awo Ifanire), son of the late Chief Nicolas Valentín Angarica (Oba Tola). Barberia is Omo Ala Aña (Son of the Drums secrets), consecrated in the tambor Bata Fundamento (Aña Bi) on one of the oldest sets of Tambores Bata (Bata drums) that exists today in Cuba.