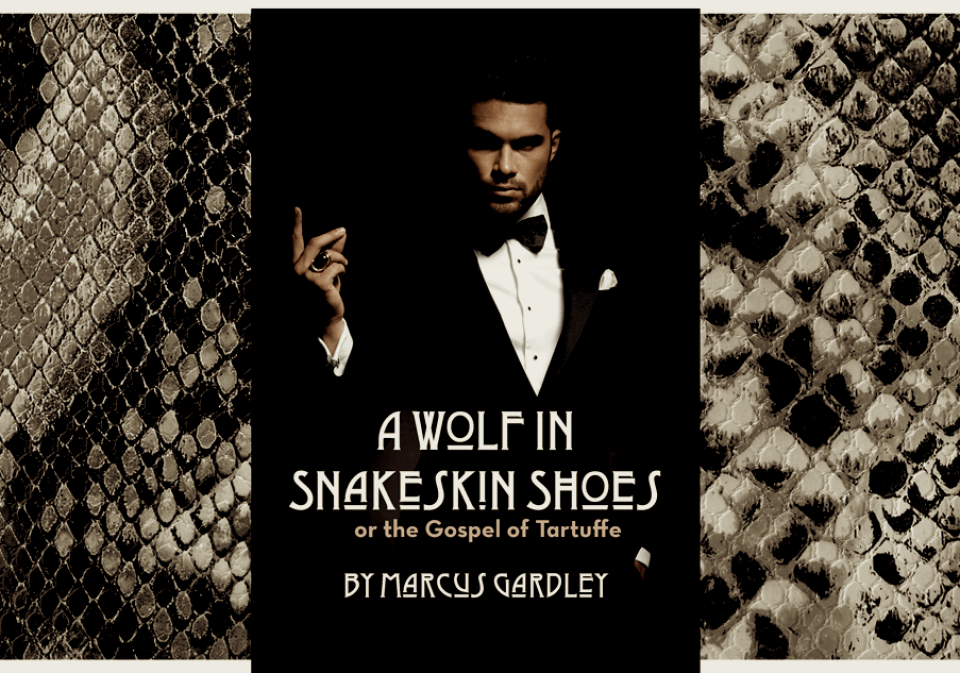 MoAD and The Lorraine Hansberry Theater present a reading of A WOLF IN SNAKESKIN SHOES by Marcus Gardley.

This fresh take on Molière's Tartuffe, set in a world of fast-food tycoons and megachurches is a wicked new comedy that rocks the foundations of trust, faith and redemption. Given just days to live, multi-millionaire Archibald Organdy rejects costly experimental treatment and opts to face his end surrounded by his loving family. However, things could be about to change. Arriving in Atlanta the flamboyant Archbishop Tardimus Toof, a prophet, preacher and part-time masseur promises to absolve Archibald's sins and heal his disease. But his family suspects there's more to this healer than faith, virtue and snakeskin shoes.

Marcus Gardley is an award-winning playwright originally from Oakland, CA.